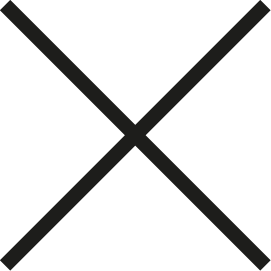 Zagrad project is located in the center of Rijeka. Project is located on top of the underground garage with 900 parking places and a future city train station.
The mixed-use program of 18000 m2 consists of retail and office spaces and in third of housing. Center is divided in 6 separate office buildings, each with a different façade, on top of which is laid a continuous structure of apartments. Seen as the most stable element of the program, apartments are designed as individual two-storey houses accessed from the roof terrace with gardens.

Project is characteristic for the modern dynamics, where it is increasingly difficult for one office to control the whole process of construction. The plan was made by one office, the garage has been designed by another one, then the third has designed the access road and the train station, Randić-Turato was responsible for the main part, the mixed used program, and in the course of construction other offices have been defining different interior parts of the building for their clients.

Secondly, the project proves that architecture is too slow. During the construction there has been a series of modification due to the change of final users. The project has been constantly confronted with the situation where it followed-up new requests.

Such context is typical for the commercial projects, that redefines traditional client-architect relationship. Client being a developer is no longer the final user and the whole project is normally financed by another party. Usually, there is also an intermediary between them, a project manager, who is increasingly taking over the position previously controlled by the architect.

Nature of the project also influences the design method, that must count on the project dynamics as the most certain element of the program. The façades are deliberately disengaged from the inner structure, which never seemed to stop changing, while the apartments, following the logic of a self-generating structure have been able to absorb new staircases, galleries and numerous partitions. In such context the project must be able to accommodate imperfection. To put it in simple terms, if Keith Richards stumbles on the stage, it is a normal part of performance, if the same thing happens to David Bowie, it is a total disaster. The benefit of imperfection.